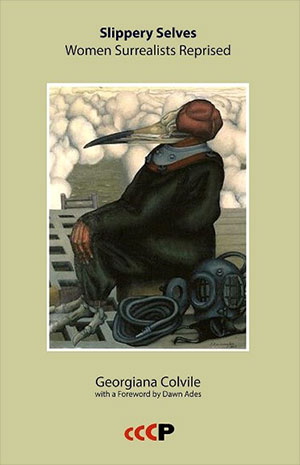 “Surrealism can be considered as the major poetic movement in twentieth-century France. Paradoxically, it liberated the creative drives of the very women it was reducing to objects or muses. The numerous talented women connected with Surrealism are gradually becoming internationally known, though more for their achievements in the plastic arts or for their prose writing. My approach to their work will be somewhat eclectic. Other critics have tended to avoid women’s poetry and Surrealist poetry derived from automatic writing as subversive of any norm to which they could apply their various grids. I have retained relevant meta-texts that will enable me to situate them in the double context of Surrealism and women’s poetry. The biographical element proves to be important, given women’s strong tendency to weave their own bodies into the fabric of the text treated as mirror.”GEORGIANA COLVILE

“Georgiana’s unquenchable spirit and her passion for the artists and poets she writes about, as well as her deep knowledge of their work, are alive in the writings gathered here. She writes with equal authority and insight into both the poetic and visual languages of her subjects. It seems to me that one of the characteristics of her approach in these texts is an urge to encompass the whole of an artist’s or poet’s world: not just their creations but the complex personal and historical conditions of their making. She was keen to make her own understanding of the works and the ways these are woven into the whole story of a life accessible to the many rather than the few.”DAWN ADES 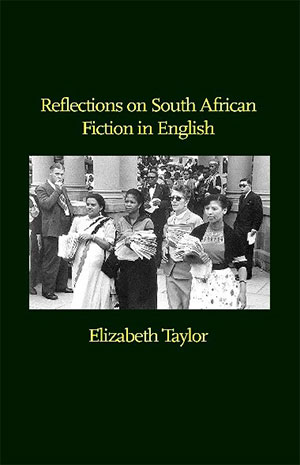 Elizabeth Taylor’s reflections on South African fiction are rooted in the political and social realities which dictated, until the democratic era, the preoccupations of most writing produced in the country: the politics of oppression and dispossession, identity and racism, gender and miscegenation.

From Olive Schreiner’s Story of an African Farm (1883) to Sol T. Plaatje’s Mhudi (1930), from Alan Paton’s Cry, the Beloved Country (1948) to Zoë Wicomb’s You Can’t Get Lost in Cape Town (1987), from Nadine Gordimer’s July’s People (1981) to J. M. Coetzee’s Disgrace (1999), Zakes Mda’s Madonna of Excelsior (2002) and André Brink’s Philida (2012), she traces the intimate relationship between politics and literature in this work, and the evolution of greater creative freedom in South African fiction under democratic rule.

She concludes by demonstrating that, while South Africa today may not be a perfect nation state, at least all its people from all backgrounds are now at liberty to write about it as they choose.

Elizabeth Taylor grew up in British India and South Africa and is uniquely positioned to examine the colonial legacy. Under apartheid she witnessed first-hand the struggle amongst people of all ethnic backgrounds to find a way of combatting and enduring the situation. Before embarking on her doctorate at Rhodes University (Grahamstown), Elizabeth (Betty) Taylor published travelogues on the Transkei in South African newspapers such as the Cape Times, the Cape Argus and the Eastern Province Herald. Later, while employed as a lecturer in English Literature at Rhodes, she completed a pioneering thesis on early poetry in English written at the Cape. One of the poets dealt with in her thesis, the Scot Thomas Pringle, appears in this book. She then moved to England, where she was appointed to a lectureship at the University of Nottingham. At the height of European opposition to and awareness of apartheid she introduced students to South African fiction in English. She continued to explore South African fiction with successive generations of students long after Nelson Mandela had retired from public life, taking great pleasure in the emergence of a multiplicity of new writers in the post-apartheid era.

Karl Marx and Frederick Engels on Literature and Art 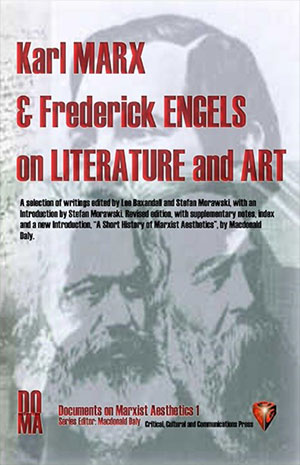 Karl Marx and Frederick Engels on Literature and Art is an accomplished revision of a major anthology of their writings on aesthetic matters. Distinguished by its careful thematic grouping of the appropriate works, and prefaced by a masterly essay by Stefan Morawski, the volume is here republished for the first time in over thirty years.

For this new edition, Macdonald Daly has added an introductory “Short History of Marxist Aesthetics”, to situate Marx and Engels in the later history of the field, and to shine the light of later Marxist theory on the original anthology. He has also systematically revised, updated and amended Baxandall and Morawski’s explanatory notes, and substantially enlarged and corrected their original index.

“In the crucial but problematic field of Marxist aesthetics, Morawski is surely the greatest living authority. Morawski’s study of Marx’s own aesthetic pronouncements appears as the preface to the valuable new collection of Marx and Engels’ writings on Literature and Art … It may be considered definitive.”FREDRIC JAMESON

“… the best epitome of Marxist aesthetics in English, and so far as I know, in any language.”MELVIN RADER, The Journal of Aesthetics and Art Criticism 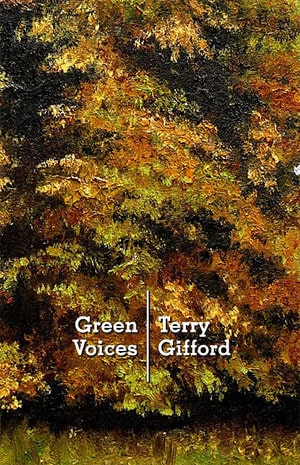 This text seeks to discover what different notions of nature actually underlie contemporary poetry, and how they relate to traditional assumptions about "nature" in the poetry of Ireland, Scotland, Wales and England. It also asks what new contributions to British nature poetry have been made by Black and Asian poets, by women and radical green poets.

The author argues that the traditions of Pope and Goldsmith are continued in the present day by the likes of R.S. Thomas, George Mackay Brown, John Montague and Norman Nicholson. Patrick Kavanagh and others work in an "anti-pastoralist" tradition of Crabbe and Clare.

Defining a "post-pastoral" poetry are Seamus Heaney, the successor to Wordsworth, and Ted Hughes, successor to Blake. In Scotland, Sorley Maclean's poetry has taken Gaelic nature poetry into the age of the nuclear threat.

A chapter examining the attitudes towards the environment of 16 contemporary poets concludes the book.

Working and Writing for Tomorrow: Essays in Honour of Itala Vivan 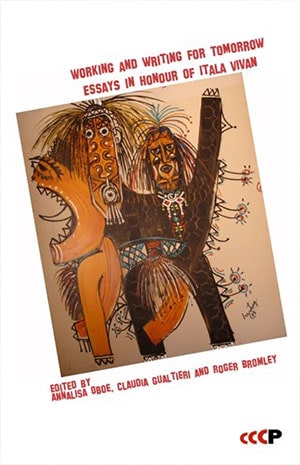 The rationale behind this collection of essays is provided by the Saidian notion of the intellectual as a political activist, a cultural interpreter, and a traveller through cultures and worldviews. As the title of the book suggests, being an academic today entails working in the ethical/political field of education and writing (in the sense of doing research and disseminating knowledge) with the sense of being in the world and having a project for tomorrow in mind: a future of beneficial dialogical encounters, critical awareness, and mutual understanding. The key notion of encounter—physical, intellectual, cultural—necessarily permeates the intellectual’s interest in socio-cultural phenomena and transformations, and also the work of this volume’s contributors.

The contributions deal with English, Black-British, North-American, Caribbean, and African literatures and cultures, and postcolonial theory and writing. Their main temporal focus is on the present: they are variously concerned with the here and now, as they analyse complex representations of culture in specific geographic and historical contexts. Special attention to ongoing processes of identity formation and to power relations between hegemonic and marginal discourses and positions is found throughout the collection, so that interesting reading paths across cultural borders can be followed.

This collection is offered as a festschrift on the occasion of Itala Vivan’s retirement from her position as Professor of English Literature and Postcolonial and Cultural Studies at the University of Milan, Italy, and it wishes to celebrate her intense scholarly activity, always carried out with the future in mind. 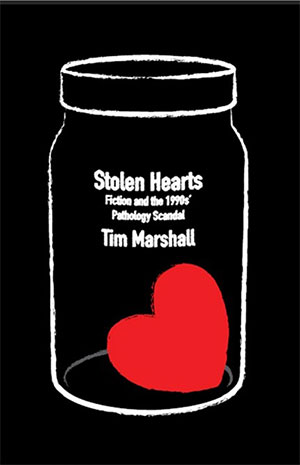 Using extensive documentary and literary sources, Stolen Hearts is an analysis of the many recent disclosures in the UK concerning human organs taken for pathology research without informed consent. It shows how contemporary fiction and autobiography, often paralleling growing public concern, draw attention to the history of anatomy and questions of medical ethics, and in particular to the importance of consented pathology.

Following the organ retention revelations, the UK's Chief Medical Officer recommended a programme of public education to ensure a general understanding of the purpose and value of pathology research. Tim Marshall argues that fiction in the 1990s and beyond not only offers a critique of current and past medical malpractice, but also contributes to this important educational project. The result is a study with a unique dual focus on contemporary literature and current affairs.