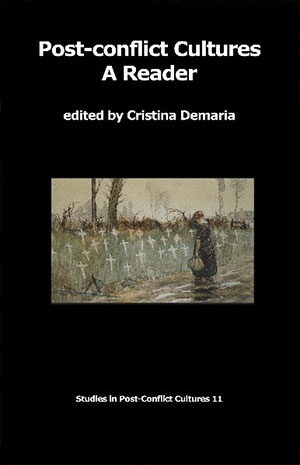 Within the human sciences, as in the ever-growing field of memory and trauma studies, works on memories and post-memories of conflicts have been numerous. They have explored the ways in which the representation of individual and collective memories are closely linked to the building and rebuilding of national and transnational, local and diasporic cultures.

Yet, even within such studies, rarely has the category of post-conflict been associated directly with that of culture, that is to an interpretation of conflicts, collective violence and wars, centred on the disruption of symbolic systems of cultural reproduction. This cultural dimension is what the Studies in Post-Conflict Cultures series has dedicated itself to investigating.

This landmark anthology offers a generous selection from the volumes so far published in the series. 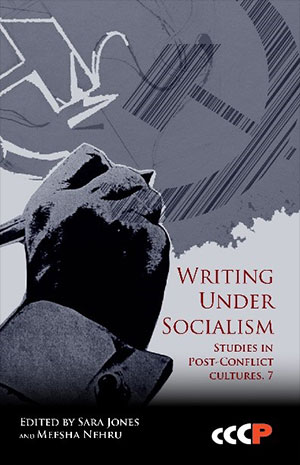 Using a comparative approach that crosses disciplines and continents, Writing under Socialism offers a critical re-evaluation of the position of literary production under socialist states past and present using new material, theories and methodologies that have come to light since 1989.

The volume brings together academic experts researching the interactions between writing and politics in diverse contexts across the former Eastern Bloc, Latin America, and China. In contrast with literary production under capitalist regimes, writers living under socialism have had to negotiate a role for themselves and their writing within an institutional framework defined by a specific political and ideological value-system and entirely administered by the state. Whilst socialist regimes tend to place a high value on literary practice, they also find it a source of potential political subversion. It is the nature of this contradiction that has attracted the attention of numerous researchers in the past.

However, as the contributions to this volume demonstrate, writing under socialism involves more than the traditional dichotomy of intellect versus power and instead includes complex relationships between the different actors, institutions and policies that together form the context of literary production in a given state. By offering fresh perspectives on writing in a range of socialist countries, Writing under Socialism highlights the commonalities and differences in these complex relationships.

Writing under Socialism will be of direct interest to scholars working on literary, historical and political analyses of cultural production under socialisms past and present. 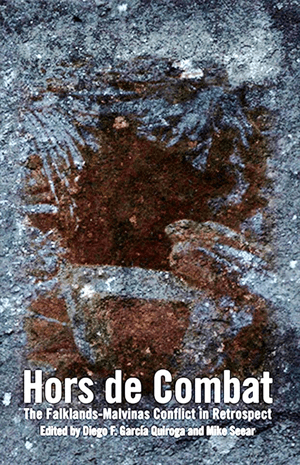 This is a revised and expanded version of the book first published in 2007.

Hors de Combat: The Falklands-Malvinas Conflict in Retrospect brings together contributions from the University of Nottingham's 2006 International Colloquium, The Falklands-Malvinas Conflict Twenty-Five Years On. The initiative to hold such an historic event led to the coming together for the first time since the 1982 War of ex- combatants from both sides, in dialogue with specialist historians, media sociologists, lawyers, literary critics and psychiatrists, as well as with veterans of other wars.

Their contributions, edited by Diego F. García Quiroga and Mike Seear, who themselves served in the War, are published here as a written record of what, for many, had been a unique moment of peace and reconciliation.

The Genres of Post-Conflict Testimonies 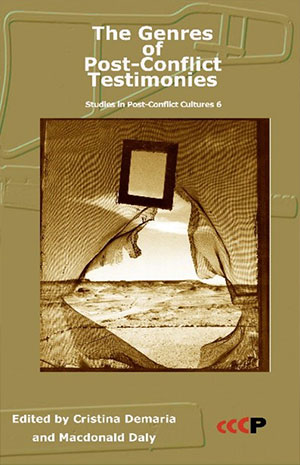 Post-conflict cultures are defined by the different ways (practices, texts, behaviours, rituals) in which they re-write, re-constitute, and work through their contrasting, abused, competing memories and traumas.

Bringing together academic experts and leading practitioners from a variety of cultural, literary and sociological disciplines, The Genres of Post-Conflict Testimonies investigates how cultures are influenced and transformed after conflict by looking at testimony as a particular practice of representation.

The book examines the many genres of testimonies which have not only been used, but also created and re-created, when the urgent need is to bear witness to violence. It will be of direct interest to scholars and practitioners working in international relations, politics, literary and cultural studies, peace studies and human rights.

MemoSur/MemoSouth: Memory, Commemoration and Trauma in Post-Dictatorship Argentina and Chile 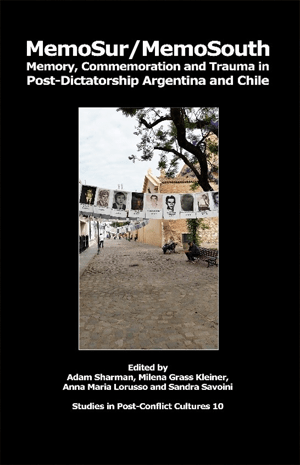 The dictatorships of Chile and Argentina lasted from 1973 to 1989 and from 1976 to 1983, respectively. The two countries have thus long since entered the time of commemoration and of a new politics of memory. How, though, to remember and commemorate trauma as a political body, without reducing memory and commemoration to political calculation?

New social movements have proposed a different sociability of mourning (one is not supposed to dance at funerals…), a new politics and culture of affect. Social media allow us to remember traumas that were never experienced first-hand. More than ever, memory is mediated by technology.This volume examines such matters in a series of essays covering the centres of detention, museums and memory sites, film, documentary, television, theatre, fiction and the press, LGBT and other testimonies, education, accusatory practices, the politics of memory and mourning, and the Abuelas of the Plaza de Mayo. They deal with the memory, commemoration and trauma of the Pinochet and March 1976 coups, and of the Falklands-Malvinas war in an exploration of post-dictatorship Argentina and Chile. The result of a European Union-funded project involving academics, war veterans and politicians from Argentina, Chile and Europe, the volume will be of interest to scholars of history, memory studies, post-conflict studies, feminist and LGBT studies, cultural and theatre studies, and trauma studies. 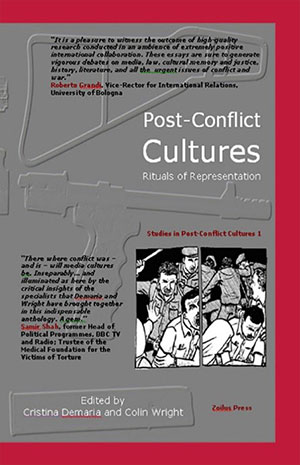 Recent military interventions in Rwanda, Somalia, the former Yugoslavia, Afghanistan and Iraq, amongst others, have placed conflict again at the forefront of international debate. Yet the theoretical analysis of conflicts and of their social and psychological impacts has predictably lagged behind such tumultuous events. Moreover, while scholarship in the areas of strategic studies, international relations and peace studies has addressed the issues in terms of “conflict resolution” and “post-conflict reconstruction”, little or no attention has been given to crucial interrelations between conflict and culture.

Bringing together international experts from disciplines as diverse as Political Science, History, International Law, Media Studies, Visual Culture, Critical Theory and Semiotics, Post-Conflict Cultures: Rituals of Representation therefore employs an avowedly interdisciplinary approach in order to address what the editors perceive to be a significant omission. In five themed sections, this ambitious volume tackles many questions often excluded from discourses on conflict. How does a past conflict inform a community’s vision for its future? How are conflicts represented in the media, in literature, in journalism, in all forms of cultural expression? How do representations of conflict compound but also confuse, and even reconfigure, cultural identities? What role do histories of conflicts play in the construction of national identities?

Post-Conflict Cultures: Rituals of Representation will be of direct interest to scholars and practitioners working in media and communications, international relations and international law, peace studies, human rights, cultural studies and cultural memory, psychoanalysis and gender studies, and comparative literature and literary theory. 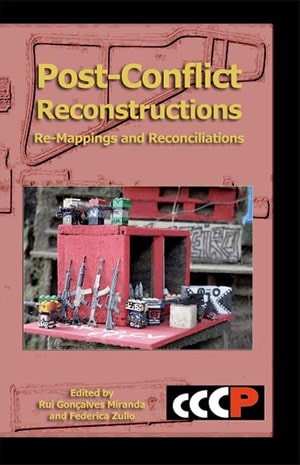 Post-Conflict Reconstructions brings together specialists in diverse fields in an attempt to foster dialogues across disciplinary borders, spanning four continents within a comparative framework. It covers Geography, Urban Planning, International Relations, Social Sciences, Semiotics, Law, Critical Theory, Cultural Studies, Aesthetics, Literary and Film Studies, highlighting the dislocations and de-territorialising effects of the geopolitical dimensions of past and present conflicts, at a time when political discussion is increasingly reduced to engineered bureaucratic and technical policies of consensus, albeit presented as apolitical and post-ideological.

The volume addresses a supposed new world order and crises in legal, political and diplomatic stances, focusing on the singularity of events and on the specificity of different theatres of conflict and reconstruction. It addresses acts of testimony, witnessing and cultural representations, including conditions of possibility for reconstruction both at a material (e.g. urban planning and distribution of natural resources) or at a discursive level (e.g. historical representations, political reform). Analysis of colonial cartographies and post-colonial contestations, urban reconstruction, water and nature preservation policies as well as varied artistic and cultural media (visual art and photography, literature, film, cartoons and popular songs) draws attention to the persistence of conflicting agendas, motivations and tensions which are an inescapable dimension of negotiations leading potentially to post-conflict reconciliation. 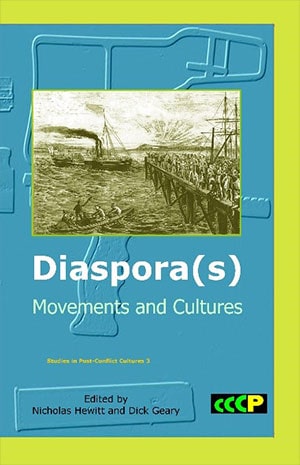 Bringing together international experts from disciplines as diverse as History and Art History, Communications Studies, Musicology, Philosophy and Literature Studies, this volume in the Studies in Post-Conflict Cultures series extends its avowedly interdisciplinary approach to tackle contemporary and historical questions concerned with diasporic culture and cultural transfer. The sixteen essays range chronologically from the eighteenth century to the twenty-first, and geographically from Africa and Brazil to Europe (London, Portugal, France and the Mediterranean), Asia (Japan, China and Indochina) and the Pacific (Australia and New Caledonia).

Diaspora(s): Movements and Cultures will be of direct interest to scholars and practitioners working in media and communications, international relations, human rights, cultural geography, history, literature and philosophy. 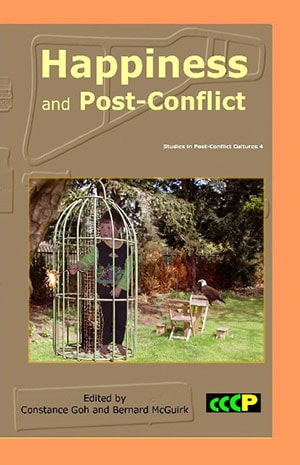 Bringing together international experts from disciplines as diverse as Communications, Art History, International Relations, Cultural Studies, Geography, Critical Theory and Semiotics, the Studies in Post-Conflict Cultures series extends its avowedly interdisciplinary approach to tackle contemporary and historical questions around the possibilities and limits of "happiness". In four themed sections - "Theories", "Case Studies", "Histories" and "Literatures" - this collection of essays explores many questions usually excluded from discourses on conflict.

Happiness and Post-Conflict will be of direct interest to scholars and practitioners working in media and communications, international relations and international law, peace studies, human rights, economic geography, cultural studies and cultural memory, psychoanalysis and gender studies, and comparative literature and literary theory. 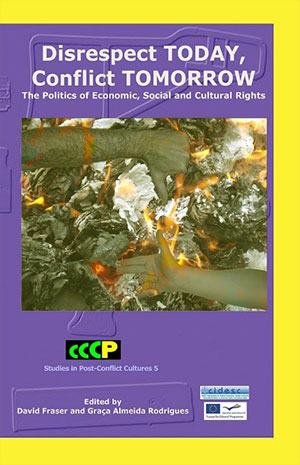 While much attention has been paid to the key roles of human rights mechanisms and questions of the democratic deficit in post-conflict cultures and societies, little importance has been given to the deeper institutionalized legal and social inequalities which breed and enshrine conflict.

Bringing together academic experts and leading practitioners from the disciplines of law, politics and international relations, Disrespect Today, Conflict Tomorrow examines the theory and practice of rights discourse in relation to efforts to concretize the normative principles embodied in the 1976 International Covenant on Economic, Social and Cultural Rights and its founding principle of “the inherent dignity of the human person”. The collection critically examines and evaluates the state of economic, social and cultural rights in the world today from “above” (the institutional perspective of various governmental and non-governmental bodies charged with ensuring these rights) and from “below” (through detailed studies of how the varied rights to food, housing, health, and education, for example, are central to building freedom, dignity, citizenship and democracy).

Disrespect Today, Conflict Tomorrow will be of direct interest to scholars and practitioners working in international relations and international law, peace studies and human rights.